What is the Difference Between Torpor and Hibernation?

When we discuss the different ways animals survive during the winter, torpor and hibernation usually come up. However, there are not many animals that actually hibernate. For the most part, some will simply enter a light state of sleep, which is referred to as torpor. Other animals will utilize a strategy called estivation, which is similar to torpor. So what is the difference between torpor and hibernation?

What is the difference between torpor and hibernation? The main differences between these two winter survival strategies are that one is done voluntarily and for a long period of time, and the other is done involuntarily and only for a brief amount of time. Hibernating animals will do so voluntarily for several weeks in order to maintain a higher body temperature and in order to deal with food scarcity. When an animal goes into a torpor state, this is done involuntarily for several hours, in order to manage a higher body temperature or to deal with a food shortage. Both torpor and hibernation are done for survival in colder temperatures. However, some studies have also shown that some animals will go into either state to protect themselves from predators if there is an increase in these dangerous animals in the area.

Continue reading to learn more about hibernating animals and what exactly causes small mammals to go into a torpor state.

Hibernation is considered an extended form of torpor. Basically, it’s a means of energy conservation. Hibernation is not exclusive to cold-weather animals. There are also tropical animals that hibernate and do so in order to survive intense heat. Yet, the temperature isn’t always the main factor. Some animals also choose to hibernate as a response to food shortages. As an example, during the fire season in Australia, echidnas will hibernate and wait for food resources to bounce back before they resume their normal activities.

Some studies have even shown that hibernation may be used as a form of protection. When an animal is hibernating, they don’t make any type of noise, they don’t smell, or even move. This makes them almost undetectable to predators. 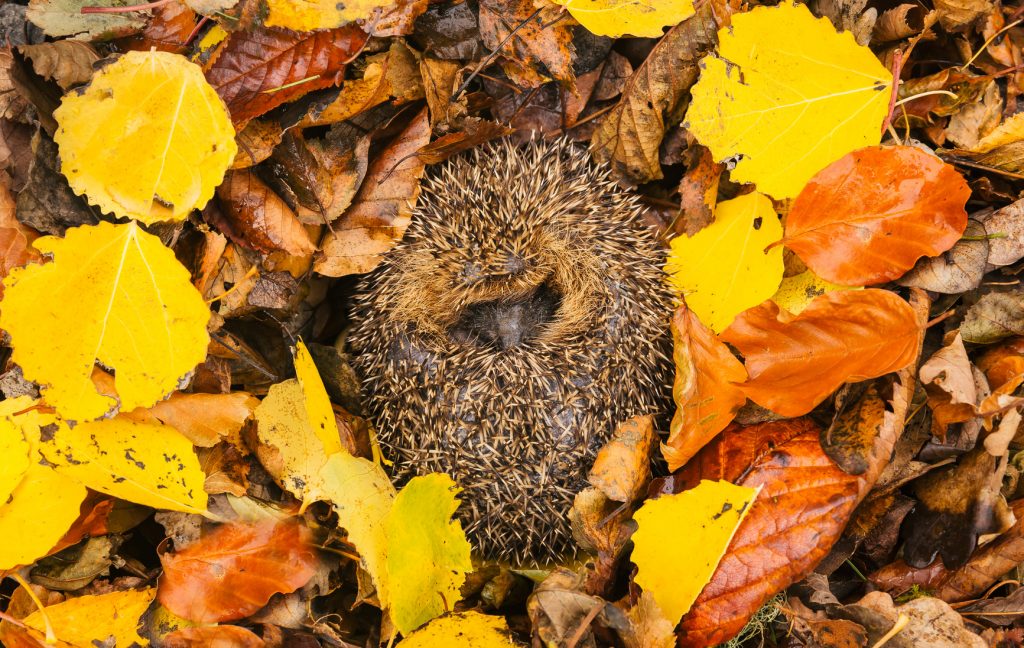 When an animal hibernates, they slow their metabolism to cool their body by five to ten degrees. This temperature is regulated by adenosine levels in the brain. Adenosine production increases in the winter, while the receptacles for the molecule become highly sensitive to its effects.

However, some species will not remain in this comatose state for the duration of hibernation. The majority of their energy is usually spent on warming up or waking intermittently. Why they wake intermittently is a huge mystery to most scientists. However, some believe that animals do this in order to switch on their immune systems so their body can battle disease.

When we think of hibernation, we often think of bears. But bears are slightly different in terms of how they hibernate. While other animals wake up intermittently, the bear can sleep for one hundred days without needing to wake up at all. They can also be aroused very easily compared to other hibernating animals. The average animal that hibernates weighs around seventy grams. Because of their weight, it can be more taxing for these animals to remain warm in cold weather.

While hibernation is a type of voluntary state that the animal will enter into to conserve energy, torpor is involuntary. Torpor is like hibernation in the sense that it’s a survival tactic that’s used during the winter months. Additionally, it also involves lowering the animal’s metabolic rate, heart rate, breathing rate, and body temperature. But as we just mentioned, hibernation is voluntary, while torpor is not. Also, unlike hibernation, the torpor state will only last for a short period of time. It can last as little as one night or day and is dependent on the animal’s feeding pattern. When the animal is in its active period, they will maintain normal physiological rates and body temperature. However, when they’re not active, they will enter into a type of deep sleep that will allow them to conserve energy in order to survive the winter months.

Waking from torpor will only take thirty to sixty minutes and often involves violent muscle contractions and shaking. It tends to expend quite a bit of energy, however, this type of energy loss is usually offset by the amount of energy that has been conserved when in torpor. This state can be triggered by the availability of food or the temperature. Skunks, raccoons, and some bears use torpor to survive in the winter.

Another survival strategy that’s used by animals in the winter that most people aren’t familiar with is called estivation. Unlike torpor and hibernation, both of which are used to survive colder temperatures, estivation is used in order to survive the driest and hottest months of the summer. Similar to torpor and hibernation, estivation is characterized by a lowered metabolic rate and a period of inactivity. Both vertebrates and invertebrates will use estivation to prevent desiccation and to remain cool when water levels are low and the temperatures are high. Animals that estivate includes lemurs, tortoises, mosquitos, salamanders, crocodiles, crabs, hedgehogs, and mollusks.

Are there Any Birds that go into the Torpor State?

Torpor occurs when the animal slows down its bodily functions in order to conserve heat and energy. There are several species of birds that will go into the torpor state. This includes the whippoorwill, doves, and hummingbirds.

Is Birding in the Winter Difficult?

It can be more difficult in terms of sighting certain species of birds. Additionally, the colder weather prevents some species of birds from foraging as often as they normally would during the spring and summer months. In order to optimize your chances of birding in the winter, we recommend doing your research and purchasing a field guide. Use the field guide and compile a list of all the birds that remain in the area in the winter, where they can be found, and the best times of day to sight these brave birds. You may be surprised to learn about some of their unique habits, such as the birds that fly at dusk, or those that have nocturnal habits. Making this list will help to maximize each moment you spend outdoors and can almost guarantee you’ll see a wide variety of birds each time you venture out into the cold. Additionally, using a good spotting scope or binoculars such as the Adorrgon Roof Prism Binoculars for Adults, will also increase your chances of sighting birds during this time. Remember, do your research, be prepared, and keep track of each species of bird you sight, the time, and the location of the sighting.

So, what is the difference between torpor and hibernation? Hibernation is done voluntarily in order to survive the cold winter months. Some animals, such as bears, can hibernate for up to one hundred days. Torpor is done involuntarily and typically only lasts for a night or day. It’s also done for the same reasons as hibernation. Both hibernation and torpor are done to increase an animal’s chance of survival during intense cold weather when food is scarce.

Any cookies that may not be particularly necessary for the website to function and is used specifically to collect user personal data via analytics, ads, other embedded contents are termed as non-necessary cookies. It is mandatory to procure user consent prior to running these cookies on your website.