The migration journey can be a very dangerous one for all species of birds, from predator attacks and a lack of found resources along the way to dangerous weather conditions. But is light pollution dangerous to migrating birds? It certainly can be. Here, we’ll go over the dangers of light pollution, the trials of migration, and what you can do to help.

All across the northern hemisphere, the sounds and sights of migrating birds is a major sign that spring is coming. As plants begin to bloom and temperatures rise, excited birders eagerly await summer’s arrival and the appearance of certain species such as grosbeaks, tanagers, and warblers. But the migration journey can be hard on our feathered friends.

There are many different types of bird migration. For outdoor enthusiasts and nature lover’s migration can be a very exciting time and one in which they can observe the change of seasons. But for the bird, migration can be a fatal or very taxing endeavor.

Many people are not aware that there are several species of birds that migrate at night, which can be both safer and more dangerous for birds. Not only is the journey of migration draining and exhausting, but there’s also many anthropogenic threats that a bird must encounter. This can include climate change and the loss of habitat. There are many man-made structures that can also pose threats to the migrating bird.

One study estimated that between 100 million and 1 billion birds are killed in America every year as a result of collisions with tall buildings. Considering that many songbirds migrate during the nighttime, it comes as no surprise that light pollution can pose a significant threat to these birds. In addition to causing a major disruption to the bird’s circadian rhythm, excessive exposure to artificial light during the nighttime can also cause disorientation during migration. At night, bright lights that are cast on large buildings attract a bird in the same manner that a bright porchlight will attract a moth, which as you know, can result in fatality.

Research concerning why birds are attracted to buildings that are brightly lit continues, and scientists still have questions unanswered regarding how light pollution can impact specific ecology and biology of different species of birds. One study was focused on the distributions of birds near well-lit areas located in northeast America. Scientists found an increasing density of birds the closer you traveled to a brightly-lit city. Researchers estimated that flying birds can see a city on the horizon up to hundreds of miles away. Basically, there’s no place in the northeastern states where you won’t see the sky glow from a city.

Another study investigated the impact light pollution had on over 300 species of birds. Research has found that bird mortality increased due to collisions with brightly lit buildings. However, there are some species that are more susceptible to collision than others. This suggests that light pollution is species-specific and has a more profound impact on nocturnal migrants.

A newer study identified specific species that were classified as supercolliders. This classification indicates that these species are more likely than other species of birds to collide with buildings during night migration. Migrating songbirds that are vocal or call at night during a nocturnal flight are much more likely to collide with a building than those that are silent. Additionally, the study found that birds tend to vocalize more often when they become disoriented by light pollution, which attracts additional flock members, resulting in more collisions.

How Seabirds Are Affected by Light Pollution 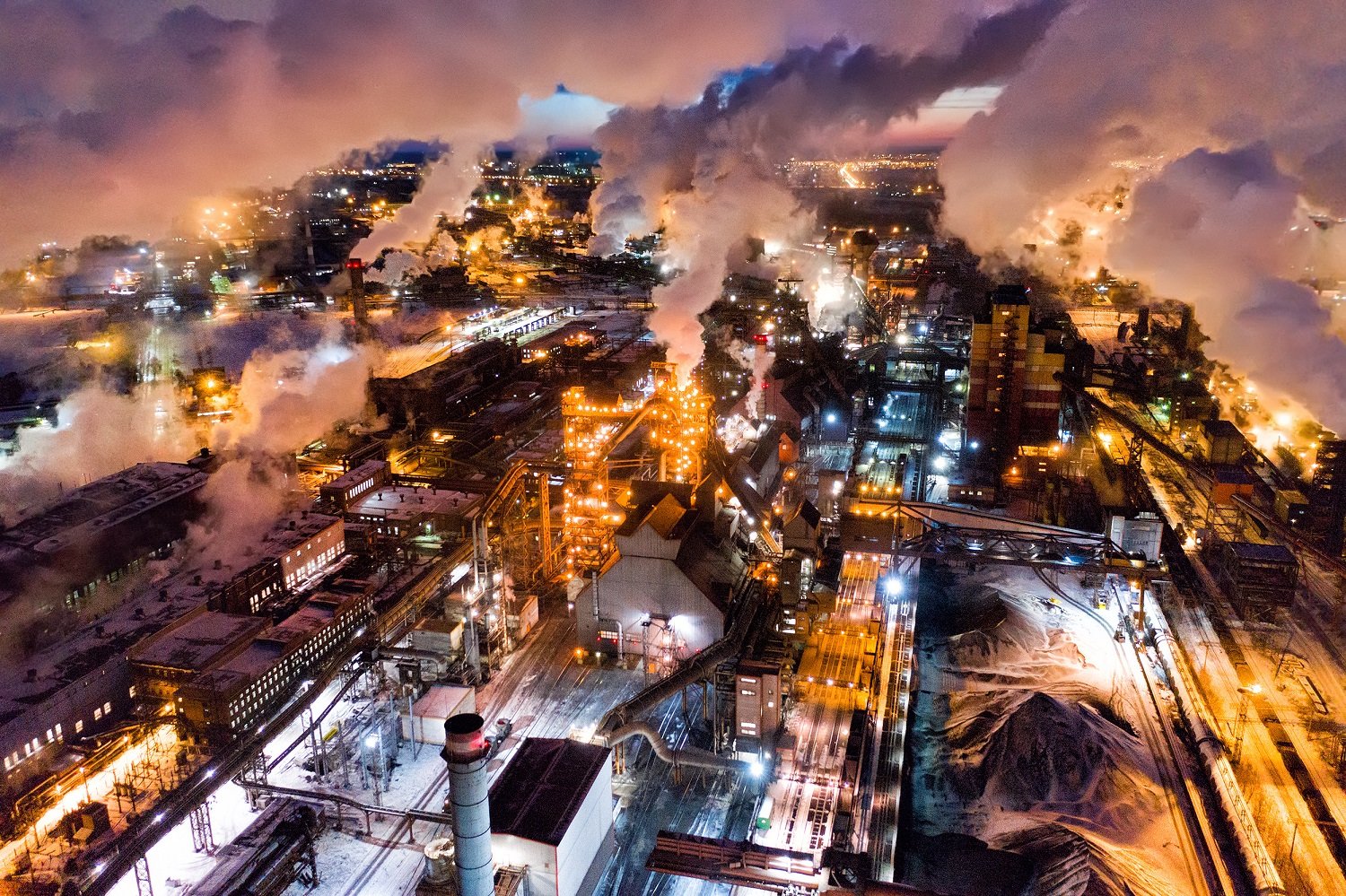 Another group of birds that are known to adversely be affected by artificial light during nocturnal migration are seabirds. Some scientists found that burrow nesting seabirds were disoriented by and attracted to artificial lights. A light-induced landing can be fatal since buildings, fences, pylons, and electric wires can be dangerous to birds.

Even if the bird remains uninjured, once grounded they may not be able to take off again which means they are susceptible to poaching, dehydration, starvation, vehicle collision, and predation. Scientists have determined that shearwaters are the most impacted seabirds, concluding that the need to continue research is crucial considering the critical conservation status of some seabirds.

Of course, darkening a city entirely is not a practical solution, which is why researchers are continuing to investigate effective migration strategies that can help truly balance avian needs for darkness and human need for life. Any city with bright lights and glass structures is considered a culprit, however, some are more dangerous than others. Researchers believe that night or day, the majority of collision-caused deaths are due to medium and low-rise buildings. Yet, skyscrapers have a significantly higher rate of deaths.

Researchers found that Dallas, Houston, and Chicago have the highest risk of collision cause of death for birds in the country.

Research is ongoing; however, small changes can be implemented now in order to reduce these fatalities. Many researchers are working to educate people, elected leaders, and business owners concerning this issue and how they can Implement practices that can help to preserve wildlife.

Animal rights activists and researchers encourage people to take action Now by turning off any unnecessary lights from 11 p.m. at night to 6 a.m. in the morning. Doing so can significantly decrease the number of building collision-related fatalities for night migrating birds.

How You Can Help

As researchers and animal rights activists continue to develop initiatives designed to reduce light pollution in public areas, you can help by addressing these issues in your own backyard. Do you have a yard that’s bird-friendly? Do you often use the best birdhouses, feeders, and plants that are designed to attract wildlife? Is your outdoor lighting also considered bird-friendly?

Tonight, have a look around your yard. Assess what you need to do to reduce, improve, or eliminate your outdoor lighting. Ensure that the lighting is dim enough as to not cause disorientation and birds flying overhead at night. Making these small changes can have a positive impact on the reduction of light pollution, which can help to improve the safety of birds that migrate at night.

Is light pollution dangerous to migrating birds? Yes, light pollution is the leading cause of death in nocturnal migrating birds. Birds are attracted to well-lit buildings that shine brightly at night, which causes the bird to collide with the building, which often results in a fatality or serious injury. Additionally, bright Lights can throw a bird off its migration path. Aside from colliding with buildings, light pollution can cause a bird to die from simple exhaustion. When a bird is attempting to return to its flight path it is disoriented by the lights emitted from these large buildings and it wastes a significant amount of energy calling out in confusion and flying around the building itself. This type of exhaustion can leave the bird vulnerable to other urban threats or it can cause them to go into shock. By doing your part and ensuring you shut off your lights at night, you can help to prevent these unnecessary deaths and help keep your backyard birds safe and healthy.

Do Migrating Birds Fly During the Nighttime?