Our nocturnal birds list will primarily cover the popular California nocturnal birds and the nocturnal birds of Texas. These birds can avoid many day time, or diurnal predators. They will use their keen eyesight to spot prey, and can also take advantage of other nighttime conditions. Most nocturnal birds will have large eyes, or they exhibit other special adaptations that allow them to forage and hunt when the rest of the world is sleeping. Many birders enjoy sitting out at night using the best spotting scope to sight these fascinating birds, but doing so isn’t always easy, especially for beginners. Our list will go over which nocturnal birds you can find in your area, what they eat, and where they roost. 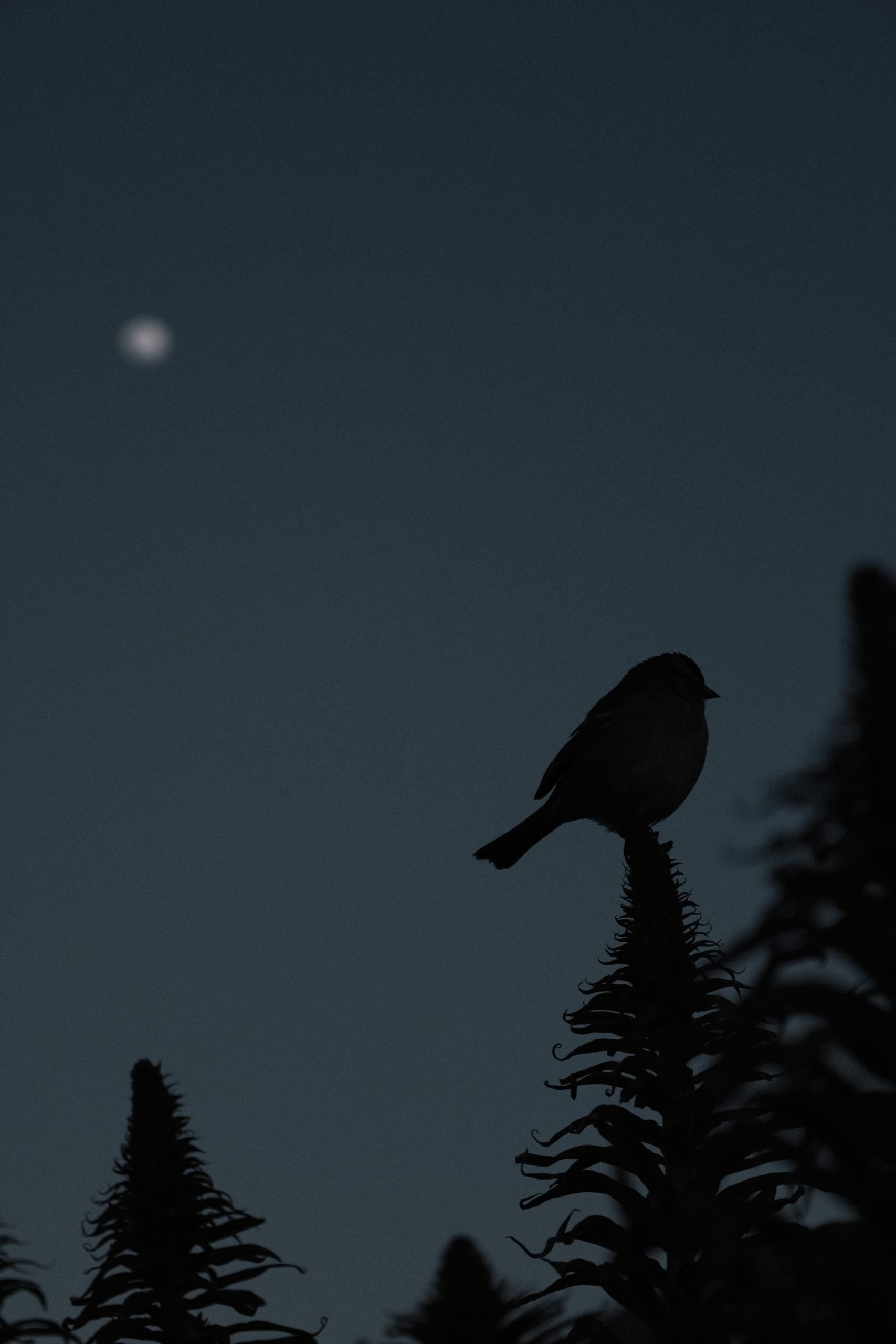 There are several different species of nocturnal birds that are worth learning about and making that extra trip for a night birdwatching excursion, some of the most interesting made it onto my nocturnal bird’s list and includes the following species:

There are many other varieties of nocturnal birds that are worth exploring including: Ashy storm-petrels, Frogmouths, Kakapos, Kiwis, Night-herons, Pauraques, Potoos, Stone-curlews, and Woodcocks.

In California, there are a number of species that will become active once the sun sets. When most people think of nocturnal birds they think of owls, which are the most recognizable out of all the nocturnal bird species. These birds are large, beautiful, graceful, and very dangerous to rodents and other types of small animals such as frogs and even songbirds. In order to catch a glimpse of one of these birds at night, you’ll need to carefully plan and do a little research in terms of active areas. If you’re not sure where to look, speak with a local birding group.

California is home to a variety of owls, including the great horned owl, the western screech owl, the barn owl, and the burrowing owl. 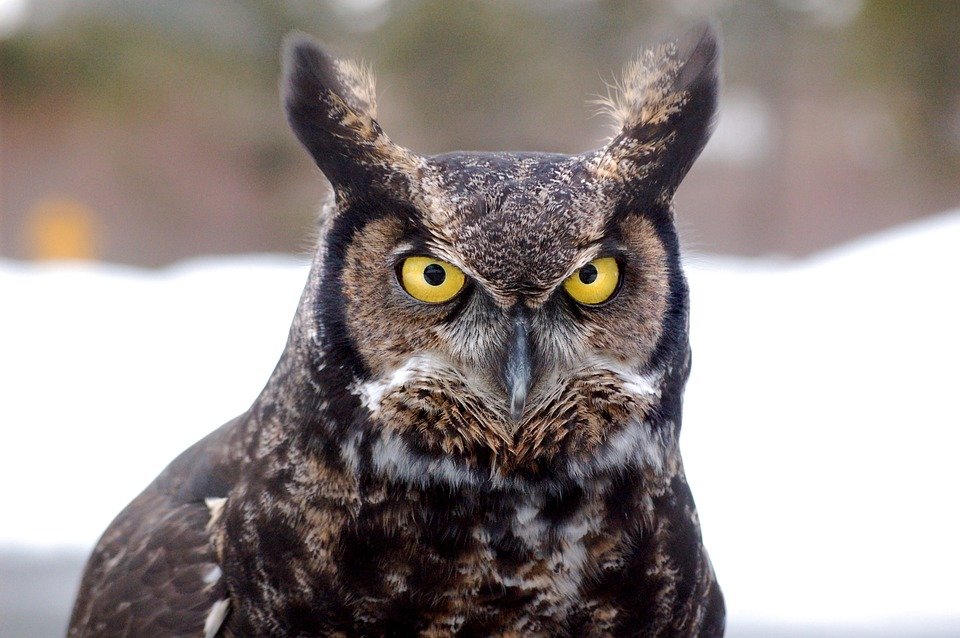 The great horned owl is the most distinctive looking owl on the planet. They have large tufts of feathers on each ear, which look like horns. They are also referred to as cat owls because the tufts can also look like cat ears. These owls can be found in shrublands, wooded areas, deserts, and cliff sides.

The barn owl has a large white face and is one of the most common owls found throughout California. It mainly resides in the lowlands, however, it can also be found in residential areas. The barn owl will live in man-made structures, forests, barns, trees, and cliff sides.

This owl is found west of the Rockies. For an owl, it’s not very big, measuring in at just ten inches tall. However, like other species of owl, it’s known to attack prey that’s much larger, such as small dogs and ducks. It prefers living in forests along rivers, but it can be found in a variety of habitats.

This owl prefers dry open areas. It stands at just ten inches tall and makes its nest in holes in the ground, hence the name. These birds are considered threatened since there has been a significant decline in their local population. Currently, many conservation organizations are pushing California to add this species to their threatened or endangered species list.

Just like California, Texas is home to many nocturnal birds, many of which are herons, owls and hawks. Their nocturnal list includes the screech owl, great horned owl, barred owl, and barn owl. Nightjars are smaller birds and are also commonly found throughout the state of Texas. These birds can be a beautiful sight to behold, just make sure you come prepared and bring along a pair of binoculars or a spotting scope that can handle these types of low light conditions. 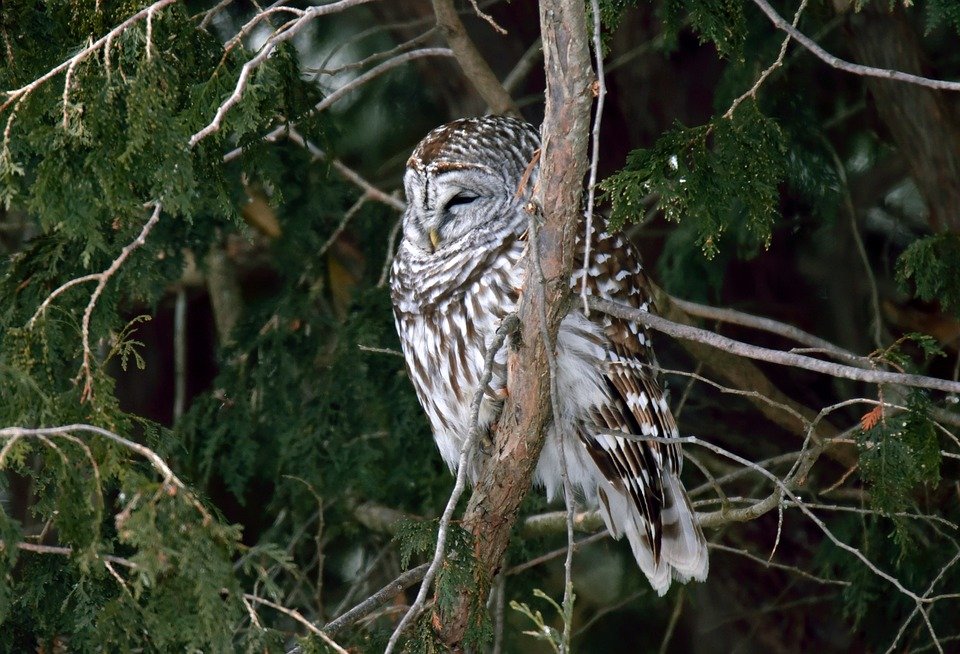 This large owl is twenty inches tall with dark coloring and eyes. It prefers living in swampy areas.

These birds are known to perch in a horizontal position. They have whiskers on each side of their head and a large mouth that’s designed to catch insects.

The nighthawk mainly rests on flat roofs or on the ground. The best time to sight one of these birds is during early evening when it’s out chasing insects. The nighthawk has  tapered, long wings that are marked with bright white stripes. In terms of size, it’s slightly smaller than a mockingbird.

What is the Most Common Type of Nocturnal Bird?

In North America, the most well-known nocturnal bird is the owl. Owls found in North America range in size from four inches to twenty-one inches. Besides stellar hearing and night vision, owls will rely on their silent flight to sneak up on their prey.

Are There any Nocturnal Seabirds?

Yes. There are a number of nocturnal seabirds. Being nocturnal helps these birds to avoid predation by raptorial birds, and also allows them to prey on night active fish such as plankton, and squid. Some nocturnal seabirds that are found in North America include shearwaters, auks, and petrels.

Do Birds Migrate at Night?

Some do. There are many types of diurnal birds that will migrate at night. This includes several species of shorebirds and songbirds. When it comes to a long-distance migration, nocturnal flight tends to offer several advantages. Flying at night provides a much cooler and calmer flying experience, which can make a flight less draining for the bird. Additionally, there’s also less predation threats since diurnal hawks are asleep. If you want to sight a nocturnal migration, you can easily detect this type of night flying by listening for the sound of birds at night. You can also watch the skies on a night when the moon is bright, using a spotting scope such as the Celestron 52304 Regal M2 65ED Spotting Scope or a pair of the best birding binoculars. On nights when migration is heavy, you can easily spot the shapes of passing nocturnal songbirds, even during the darkest hours of the night.

Our nocturnal birds list mainly consisted of owls, and as you’ve seen there are several owls found all over North America, some of which birders aren’t very familiar with because they’re hard to sight and their population has begun to dwindle. Sighting nocturnal birds definitely brings about its own challenges, however, with the right gear, a map, the appropriate field guide, and a little research on your part, you should have no trouble sighting even the most hard to glimpse nocturnal birds in your neck of the woods.