June 6, 2021
BirdingRocks is supported by its readers. If you buy through our links we may earn an affiliate commision. Learn more.

Orioles have beautiful and vivid plumage that comes in a variety of colors including many shades of yellows and oranges. With the right birdwatching  binoculars, you can easily spot one of these vividly colored birds in your yard. In this orioles’ identification guide, I’ll go over what makes these birds unique, where they live, what they eat, and the different species you’ll come across. However, I’ll mainly focus on one of the most common oriole species, the Baltimore oriole.

As I mentioned above, these birds come in a wide range of colors including yellow, bright orange, and deep, burnt orange. Males tend to be more colorful than the females, which are usually a mixture of dull orange, grays, and greens. Male Baltimore orioles have a beautiful, bold yellow-orange and black patterning. The male will have black wings, back, and head, but will also have the characteristic bright orange found below the tail.

The female Baltimore oriole will have pale yellow and orange coloring below. Both males and females will have bright white wing bars on their dark wings, in addition to a pointed, sharp looking bill.

The Baltimore oriole is slightly smaller than the American robin, measuring in under nine inches from tail tip to bill.

Where to Find Orioles

When you’re birding and looking for these beautiful orange birds of North America, look at the crowns of treetops, where you can often find them singing their cheerful songs. If you want some lower cost options that will help you spot orioles, check out these budget friendly binoculars for bird watching by clicking here.

The oriole will forage in shrubs and trees and will also make short flights to catch some insects. These birds will live on a diet that mainly consists of nectar, berries, and insects. They can also commonly be found drinking from a hummingbird feeder. A bee-proof bird feeder that’s specifically designed for orioles will contain basically the same food that you use in a hummingbird feeder, however, the feeders are designed for these bigger birds and are usually available in the color orange instead of red. The feeders will also have larger perches that allow the oriole to comfortably rest while they feed.

Orioles love fruit and can easily be enticed to visit your bird feeders if you leave out fresh berries, orange halves or other types of fruit. 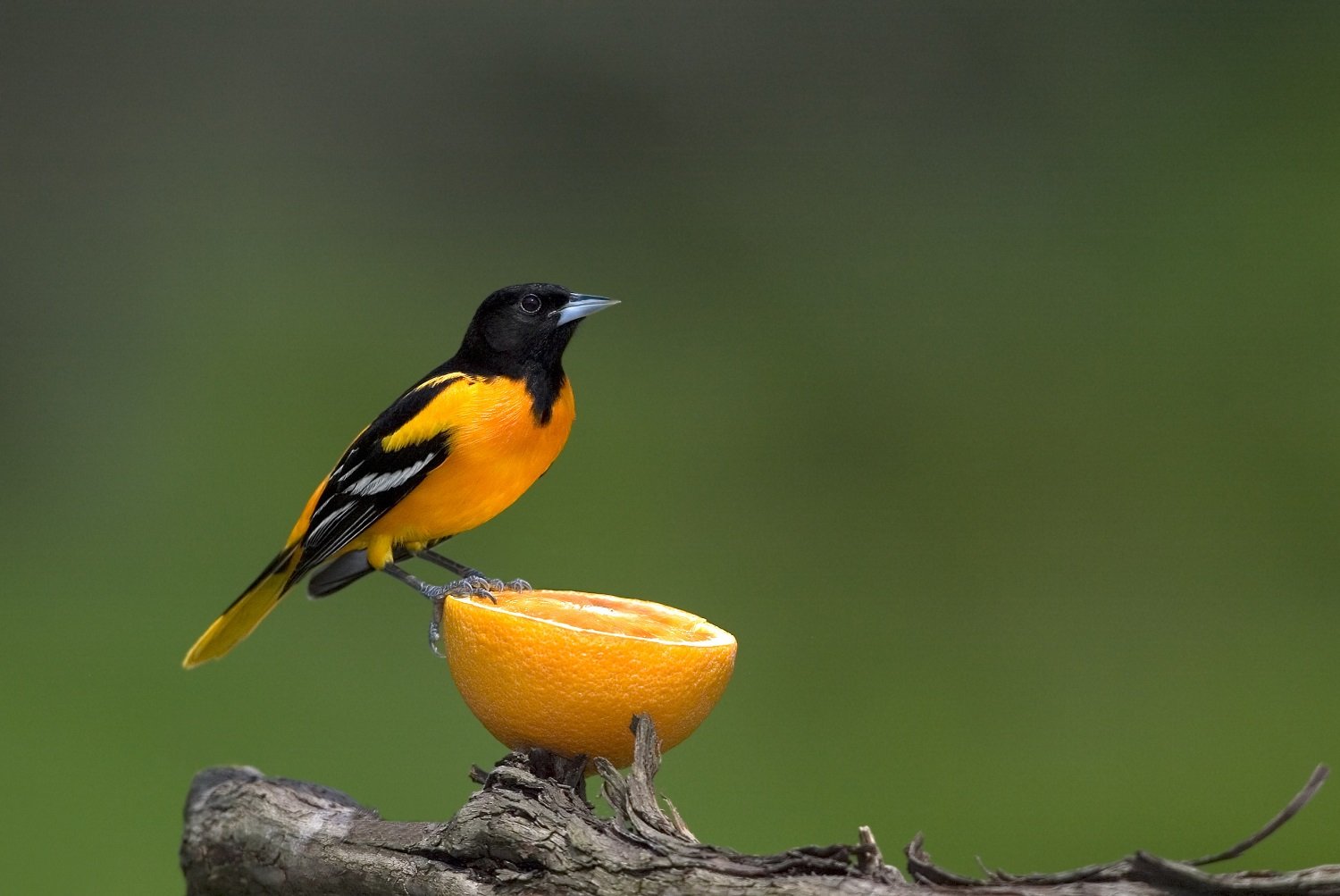 You usually won’t encounter an oriole nest deep in a forest. These birds build hanging nests located in large mature trees near farm fields, yards, or parks. They can also build a nest in open areas.

The Baltimore oriole’s song is very loud. It sounds somewhat like the robin’s song; however, the song has harsh call notes.

Like many types of black birds, the orioles will fly south for the winter. However, it’s possible for these birds to survive the cold, if they’re able to locate a food source and the winters aren’t too severe.

These birds will migrate to southern Mexico, northern South America, and central America in flocks. Other birds will not migrate and will stay near feeders during the winter months.

There are nine oriole species found in North America: 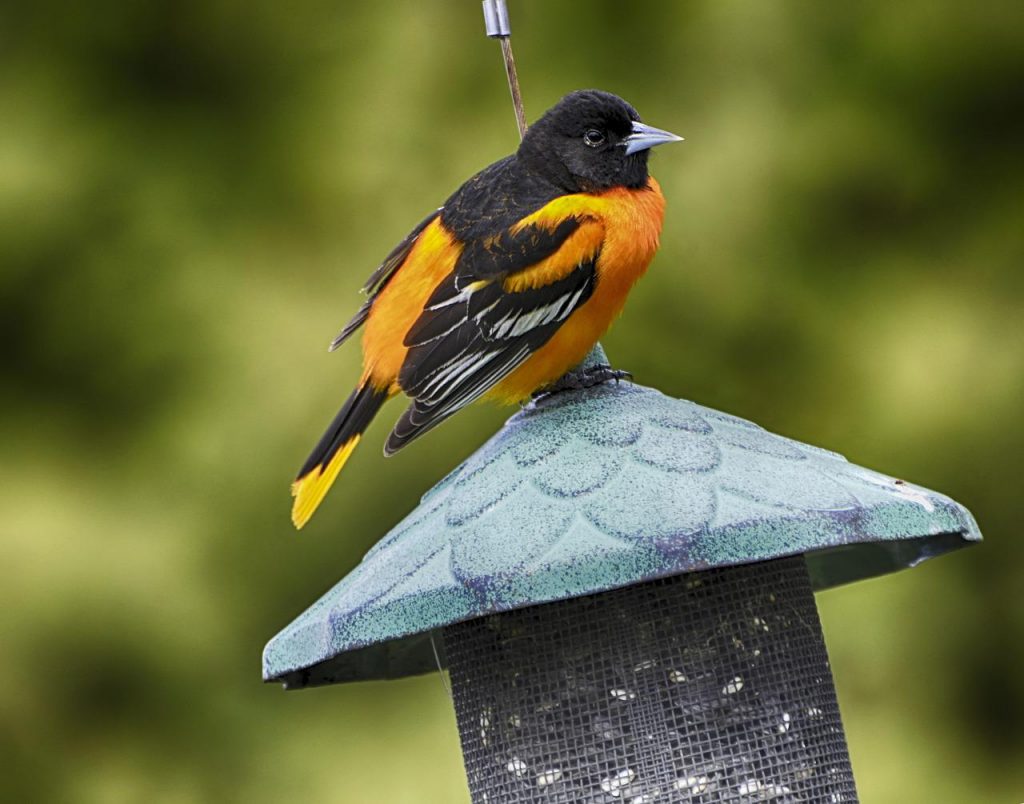 The oriole’s striking black and orange plumage makes it one of the most beloved and recognizable orioles in North America. But there’s a lot more to learn about these beautiful birds, other than the color of its feathers.

Below, I’ve included some interesting facts about the Baltimore oriole.

Out of the nine species of orioles found in North America, the Baltimore oriole is by far the most recognizable and most fascinating. You can often sight these birds in your own yard, if you leave out some ripe fruits and berries or hang up some oriole bird feeders. This oriole bird identification guide is by no means complete, considering there is so much information on this interesting oriole species. However, you can use the information in this guide to easily identify which species of oriole you’ve just sighted, where you can locate their nests, what types of foods you can leave out to entice these birds, and when you can expect them to make an appearance in your yard.

How Long Do Birds Incubate Their Eggs For?