Where Do Migrating Birds Spend Their Winter

As you probably know there are many species of birds that will commonly spend the winter months in warmer places. But what does this mean exactly? Where do migrating birds spend their winter? While many birders will answer the question simply with “the south” The south covers a lot of territory and many types of birds will go to different places. Birds that migrate to your backyard during the fall months or birds that nest in your neighborhood could be from anywhere, from the southern tip of South America or from just down the street.

There are many birders that have been fascinated by the journey of the migrating bird. Some options for winter homes may seem reasonable, while others can be surprising. However, each type of winter destination can be essential to the survival of the bird. In order to help you learn more about migration and where these birds end up, we’ll go over each popular region that many birds will call home during the winter.

If you set out the best bird house some birds will stick around and call your yard home during the winter months, but many will risk their lives to head for warmer climates where food can be found in abundance

The Southern United States is often the destination for a species that can handle the occasional cold snap. For many birds flying south in the U.S., this is simply the easiest option. Traveling this close to home can allow the bird to make the trip in a series of shorter flights without the risk of the long journey that comes when flying over open water. Many geese and ducks will fly to the southern states for the winter months. As an example, snow geese will spend the summer months in the Arctic tundra, but then they’ll head to Southern states such as Arkansas, Louisiana, California, and Texas during the migration season.

Your average bird doesn’t pay attention to international boundaries. Migrating birds will not stop at the Mexican border when they’re flying south and can often be found in northern Mexico. Some species will continue on heading further south to more tropical climates in Central America. Central America is home to over half the bird species that leave the United States during the winter.

If you ever head to Central America during the winter months, you’ll be sure to see flocks of birds that are from Canada and the U.S. There is a wide variety of American bird species here, from ruby-throated hummingbirds to wood thrushes, both of which will spend at least six months in this region. Some species of birds will cross the Gulf of Mexico in order to get to Central America, but several species will play it safe by traveling down the coast of Texas.

This can be a long journey for some. But many birds are willing to risk their lives to enjoy a safer winter. To learn more about this journey, click here to read my guide on do migrating birds fly at night?

Many Native bird species will also choose to drop anchor in the Caribbean. The Caribbean Sea stretches over thousands of miles from Florida to South America, featuring four large islands including Puerto Rico, Hispaniola, Cuba, and Jamaica. It also contains several smaller Islands from the Lesser Antilles to the Bahamas. While we go to these places to enjoy the beautiful beaches, our backyard birds go to the thickets, marshes, and woods.

Certain types of wide-ranging bird species such as American redstarts and indigo buntings are often found wintering in these spots and in many other places as well. Most of the world’s population of the cape may warbler and black-throated blue warblers reside of these islands during the winter months. Additionally, there are some prairie warblers that can be found during the colder months in the southern states but many of them will head to the Caribbean.

Many species of birds will fly from North America to the Caribbean every fall, however, they don’t all fly the same route. Some species will fly south to Florida, then head eastward. Others may fly straight to the islands where they are putting their life at risk by flying over open waters for two days or more.

A large number of birds fly all the way to South America every season. For some species, South America is just the edge of a broad winter range. As an example, Rose-breasted grosbeaks will spend the colder months in Mexico, while others will journey to Ecuador. Interestingly enough, an entire species of bird may pick up and head to South America. This can include eastern kingbirds and scarlet tanagers. For many birds, South America is simply the place to be for the colder season. In fact, the entire population of purple martins will head to the Amazon basin, although they will not stay for long. Some purple martins will head north again by mid-December. Shorebirds such as the American golden plover will migrate the farthest. These birds travel from Canada and Arctic Alaska to the southern tip of South America. Some species will take an overland route which involves following the many twists and turns of Central America. However, the most direct routes to South America involve crossing water which is why many birds travel this way. Many will pause on islands along the way in order to fuel up while others will fly directly. 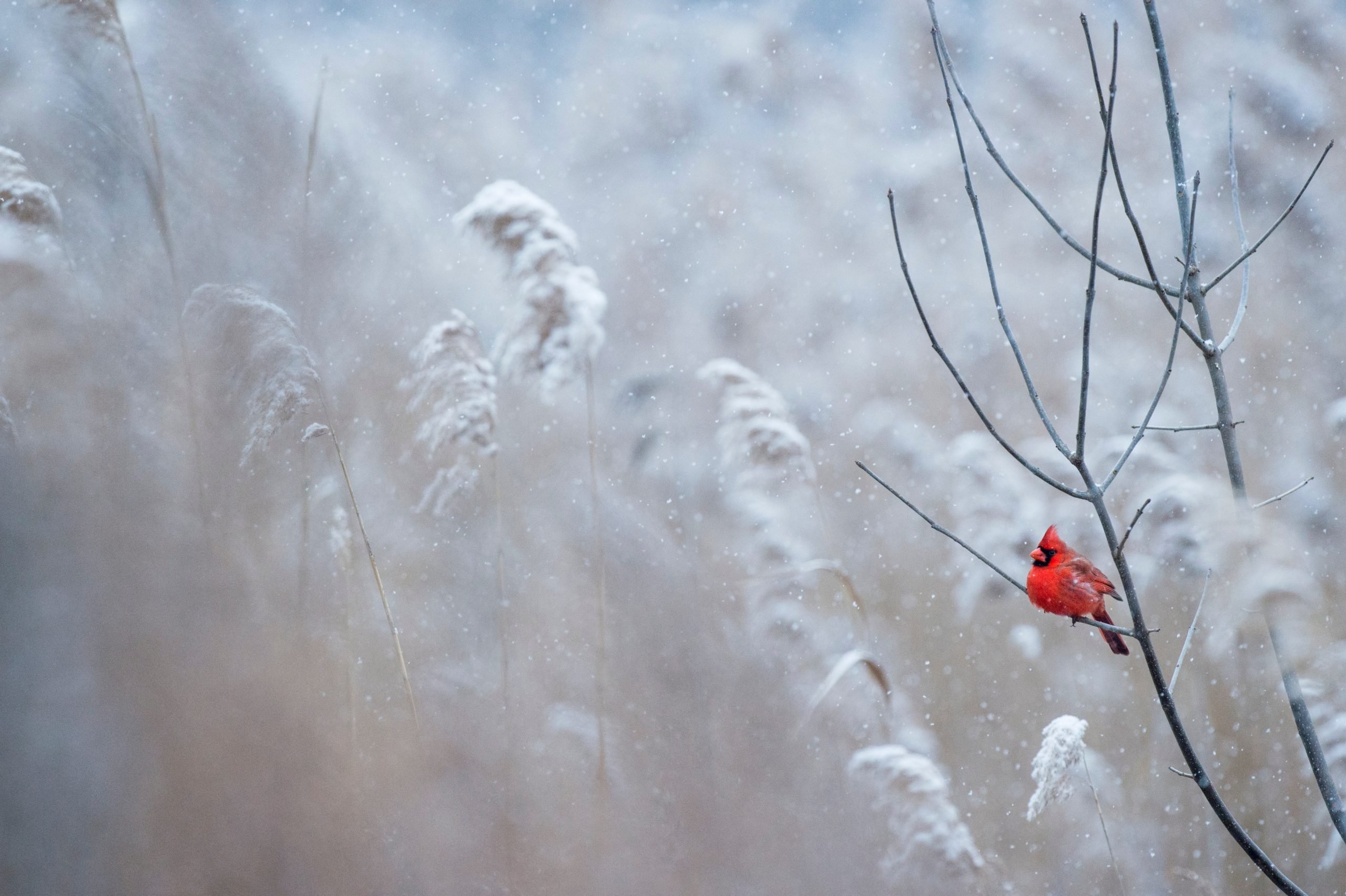 If you live on the Arctic edge of Canada or Alaska, then your backyard will be a winter destination for some type of bird coming from far north. But which species? This can depend on where you live. In the northern states, you may find American tree sparrows. In some areas, you’ll see the snowbirds called dark-eyed juncos. In warmer climates,  you’ll find a higher bird population with a wide range of species that consists of birds that are seeking warmer weather conditions and leaving behind harsh winters.

As you can see, there are many types of bird migration. And while the concept of specific routes for birds is a popular one, they don’t exist. Of course, there are some areas that are more heavily traveled than others, yet these are not specific routes. A migrating bird passes over every square mile of land in the Western Hemisphere.

You’ll find that each species of bird that does migrate will have the same starting point and destination. Below you will find some great examples of where some birds start off and where they end during migration season.

For people, a tropical vacation often means the opportunity to do things they are never able to do at home, but birds have a different idea when it comes to heading for the tropics. When a bird flies south for the winter they will definitely experience a habitat change, but how does their lifestyle change? Birds such as the yellow-bellied flycatcher will spend the summer months hiding under the shady growth of Canadian spruce bog. The average winter range in Central America allows it to live in the undergrowth of the rainforest. Many other species of birds will hang onto their same habitat preferences when they seek refuge from harsh winter months. However, some other species of birds will completely switch habitats in a dramatic way. As an example, the black tern will spend the hotter months around lakes and marshes but in the wintertime, they will wander far out to sea.

Some species that live a solitary life in the summertime will form a flock to stay warm in the winter. Other species may even change their diet based on the season. As an example, Eastern kingbirds are usually seen alone or together with a mate during the hotter months of the year where they will perch low in open country feeding on insects. During the wintertime, however, the same species will gather in a large flock in the Amazon basin and hang out on the treetops of the rainforest eating fruit.

So, where do migrating birds spend their winter? This depends on the species of bird, in addition to their age, and overall health. While a bird may typically fly to the southern states during the winter, if they’re in poor health and feel that they will not be able to safely make the journey, then they may decide to stick around your yard and suffer through a harsh winter. Others will fly off to tropical climates where they can enjoy an abundance of food without the many challenges that come with dealing with intense winters including ice, snow, and rain. As you can see, many birds will fly hundreds of miles to make a journey instead of staying behind and facing many of the challenges and risks that come with having to deal with harsh winter conditions.